Defeat the Vikings to reap the rewards with the incredibly unique Dice Seeker: Viking Invasion™! Viking Invasion™ is one of three games part of the Dice Seeker™ family of games delivering a persistent-style gameplay experience and a two-part free games feature designed to award enormous wins when achieved.

Viking Invasion is offered on the sleek Phocus® S104 hybrid and Phocus® U104 upright cabinets. A variety of placement configurations are available including round 3-pods, 4-pods and 6-pods, back-to-back 4-packs, 6-packs, and 8-packs, triangular and rectangular 6-pods, and 2-pack and 3-pack wall placements. Contact your Account Representative to view all cabinet configuration options. 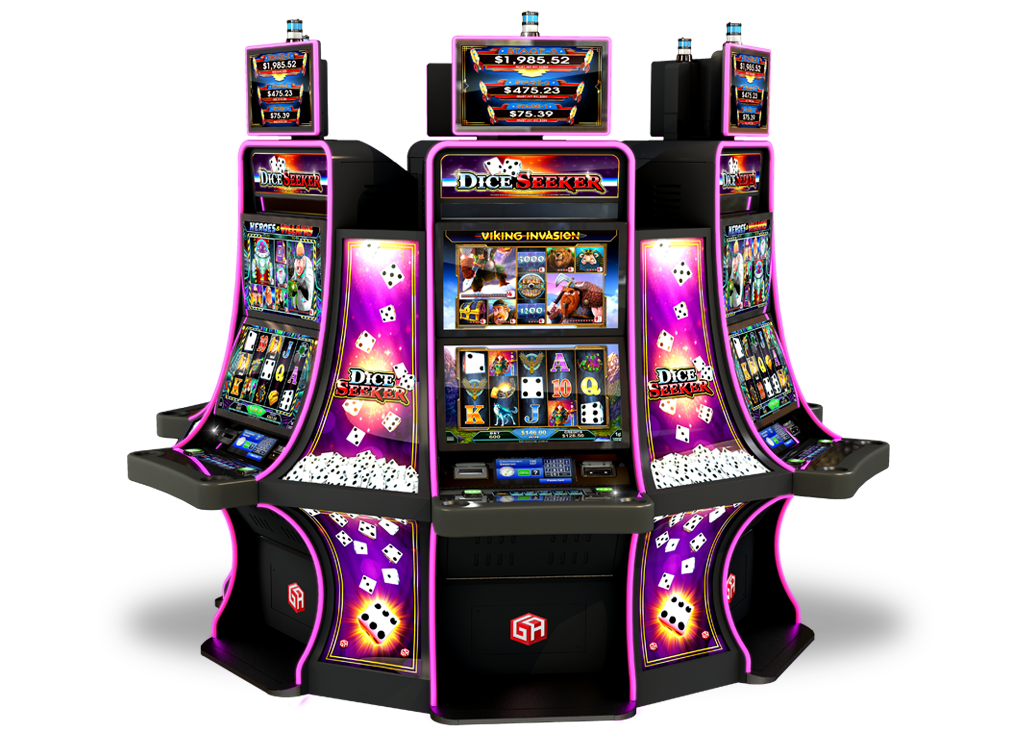 The object of Dice Seeker is to reduce the hit points associated with characters on the top screen. When the vibrant die – numbered 1 through 6 – appear on any of the five reels, the number on the die will strike the character above its corresponding reel with an electrifying hit! Once the character’s hit points have reached zero, the character will burst to reveal a credit prize.

Base Game and Dice Features: 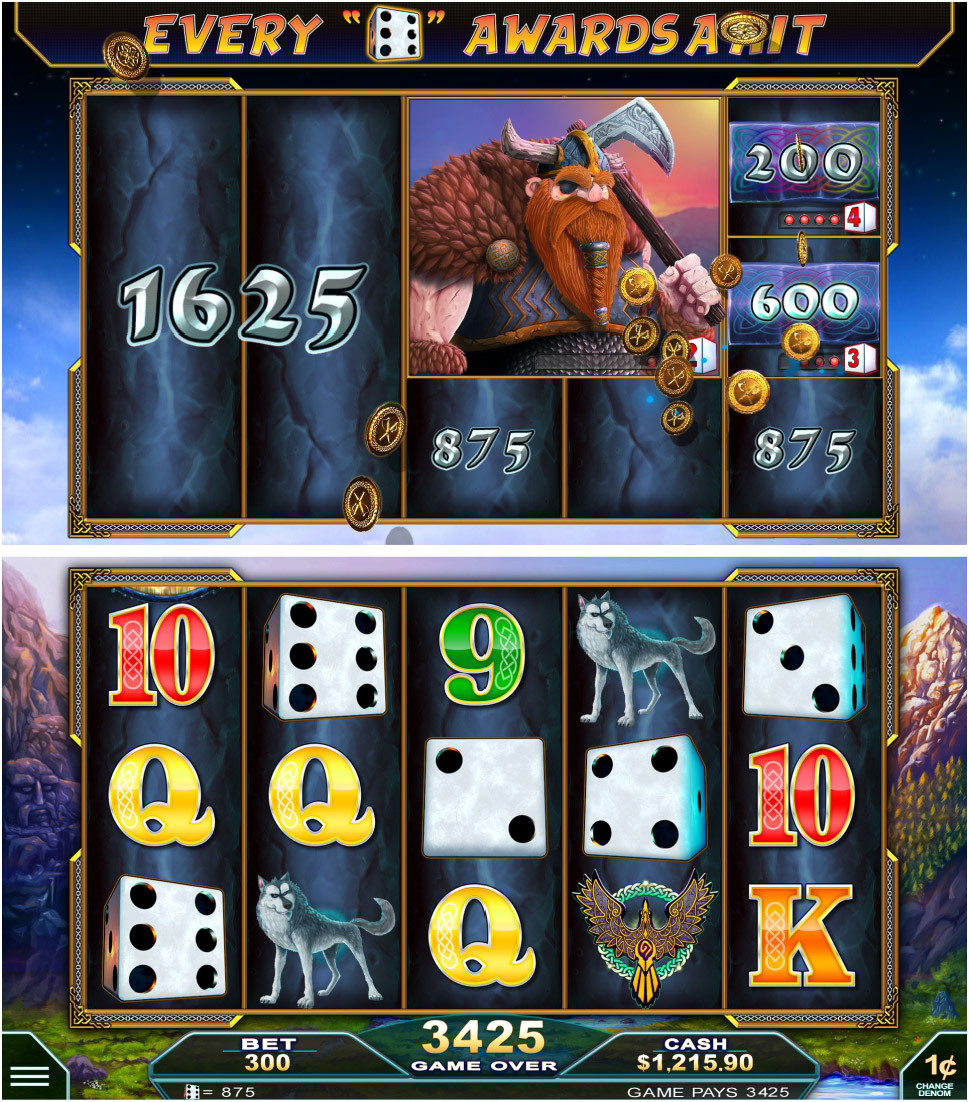 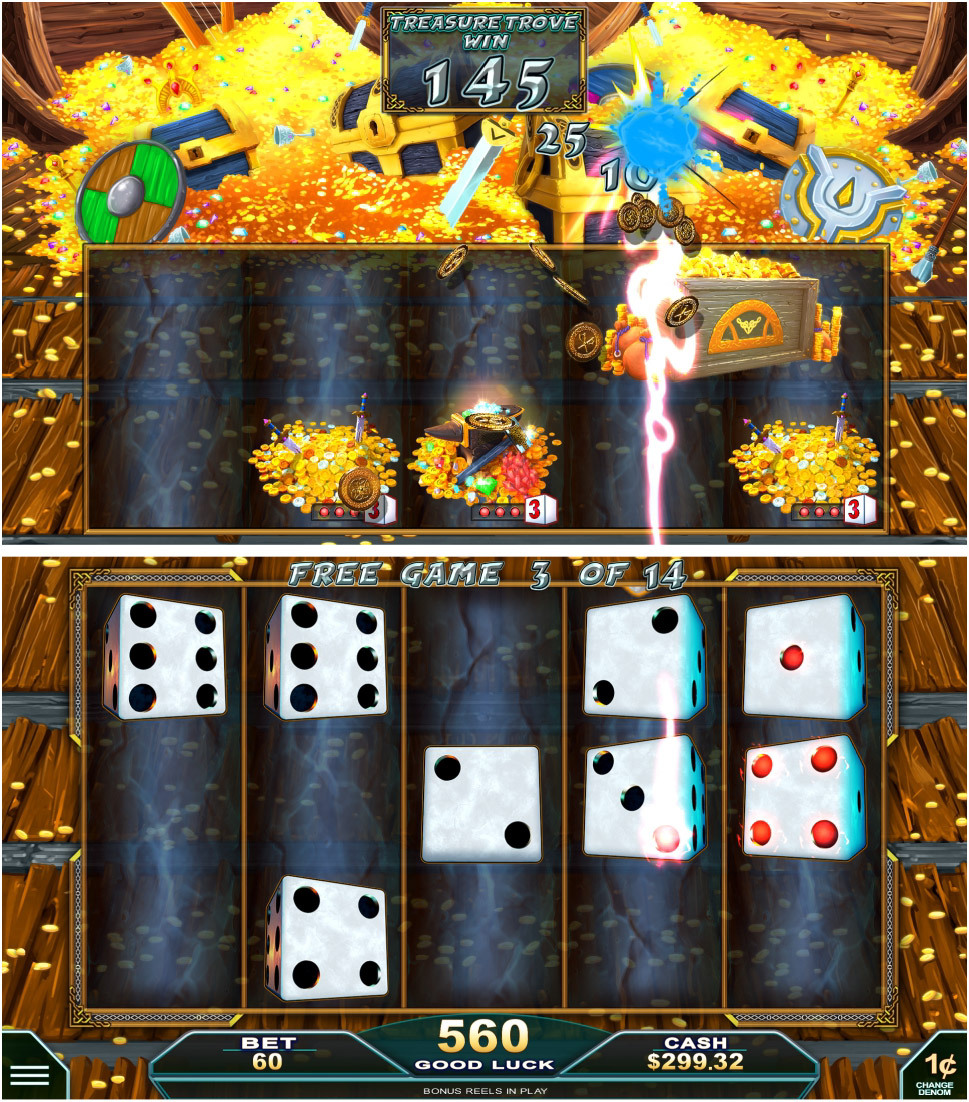